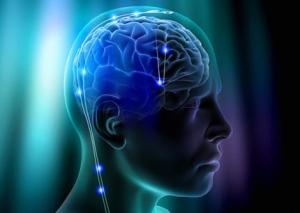 I was asked recently, by one of the readers here, what I considered to be the “great White Throne Of Judgment”. This is something I haven’t ever considered before, but no sooner did I read the inquiry then the answer came. If you want to know, it’s pretty simple, it’s your Brain. It’s the mechanism used to judge things, including yourself. It’s white, and boy is it great. Considering the MIND OF CHRIST and GOD is what we are meant to have. And the kingdom is within us all, it would only make sense that the BRAIN is this GREAT WHITE THRONE. But I wanted to give a more explained reason why this is the case. You know, for those people who believe one day, there will be a literal throne that some old guy with a beard is going to be sitting on judging at the end of literal days. As opposed to understanding…. 1 Peter 4:17 For the time is come that judgment MUST begin at the house of God: and if it first BEGIN AT US, what shall the end be of them that obey not the gospel of God? Okay, that really should put this whole future judgment belief to rest. It’s pretty clear that JUDGMENT BEGINS AT THE HOUSE OF THE LORD (which is the TEMPLE OF GOD, which is US) … The very next sentence also hammers that point home… IT FIRST BEGINS AT US But for those, who want more… I will gladly oblige…. Let’s talk about the whole LOOK of this THRONE. 1 Kings 10:18-20 Then the king made a great throne covered with ivory and overlaid with fine gold. The throne had six steps, and the top of the throne was round behind: and there were stays on either side on the place of the seat, and two lions stood beside the stays. And twelve lions stood there on the one side and on the other upon the six steps: there was not the like made in any kingdom. Okay the obvious part is, the brain when cleaned off for study, the brain matter is the color of ivory, and it’s outward color could be considered gold… As if the whole brain was overlaid with it. BUT THAT IS NOT THE COOL PART HERE PEOPLE… Look at the next description of the THRONE, it had six steps. LITTLE KNOWN FACT ABOUT OUR BRAIN: Neuroanatomists usually consider the brain to consist of six main regions: the telencephalon (cerebral hemispheres), diencephalon (thalamus and hypothalamus), mesencephalon (midbrain), cerebellum, pons, and medulla oblongata. – The SIX STEPS to the THRONE – Right there, the six major regions of the brain, not to mention the six major neurotransmitters… But let’s move on, and consider the further description of this THRONE. …and the top of the throne was round behind

< It’s pretty obvious how round the BRAIN is, top, and behind. But where it gets more interesting is the description of the TWELVE LIONS standing on ONE SIDE and the OTHER. These my friends are the TWELVES PAIRS OF CRANIAL nerves, WHICH stand on both side of the BRAIN. Which make us the 24 KINGS sitting around the THRONE OF GOD. (Which should be obvious by now, is our BRAIN) 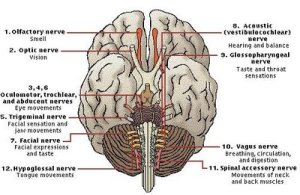 Please Do Support This Free Resource 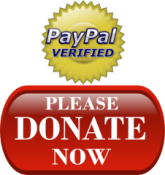 To Climb This Ladder You Must Reach Higher And Let Go Of Every Rung Beneath You.

"A MASTERFUL STORY.. AWAKENS THE TRUTH WITHIN US!" Gary Sigler, Kingdom Resources Review

"THE READER WILL LOOK BEYOND WHAT IS WRITTEN!"
Reachout Book Review

"I WAS TOTALLY CAPTIVATED AND DEEPLY TOUCHED!"
Laura Casale, singer/songwriter

"A MUST READ FOR ANYONE SEEKING TRUTH!"
Ron Ash, Author "The Apostles Guide to Happiness"

Jacob is Available
for speaking engagements!
Jacob Can Be Reached Through Patreon

YES YOU HAVE PERMISSION TO SHARE, copy, paste, post, email, print, hand out, use, do what you will with any, and all, material found on this site. Simply credit "Courtesy of JACOB ISRAEL" and direct them here.